Victims, Perpetrators and Implicated Subjects: Rethinking Agency at the Intersections of Narrative and Memory

This symposium will deal with questions of positionality and agency in relation to violent histories in the past and present as well as in relation to current debates in narrative and memory studies. As we move into an age in which, on the one hand, the violent histories of the 20th century are increasingly remembered by people who did not participate in them directly and, on the other, we are challenged by new forms of political but also economically and environmentally induced suffering that occurs at a geographical distance but in which we are indirectly implicated, issues of our positionality and agency in relation to these historical and geographical horizons is becoming more and more pressing. How to make sense of different subject positions at the scene of historical violence and the ways in which they delimit our ability to identify and address different forms of suffering? How to conceptualize our responsibility in relation to new contemporary forms of violence at a geographical distance 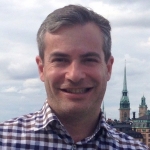